Plant a tree in memory of Margaret
An environmentally-friendly option 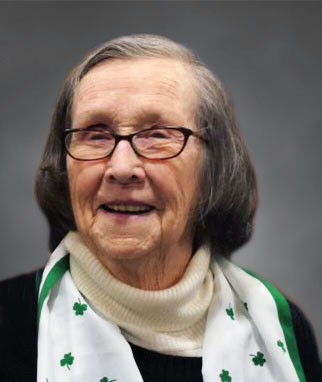 Margaret M. Carroll, 97, lifelong resident of Millville, died March 13, 2021 at the Steere House in Providence, Rhode Island. Born in Woonsocket, she was the daughter of the late Thomas F. and Anna (Masterson) Carroll.

Margaret was a dedicated teacher for 37 years in the Blackstone Millville Regional School District retiring in 1986. She graduated from Hill College and received her Masters Degree from Providence College. She was a highly-respected public servant who devoted her life to the Town of Millville and the greater Blackstone Valley. She served on numerous boards, committees and commissions, including as a charter member of the Millville Historical Commission, the Chestnut Hill Meeting House and Cemetery Association, a charter member of the Volunteers in Parks Program with the National Park Service, a charter member of the Blackstone Millville Educational Foundation, the Millville Cable Commission, the John H. Chaffee Blackstone River Heritage Corridor Commission and Education Chairman of the Heritage Homecoming Weekend. Margaret was a Trustee of the Veterans Memorial Park and served as Vice Chairman of the Millville Elementary School Building Committee. The Margaret M. Carroll Auditorium was named in her honor. In 2016 she was a member of the Centennial Celebration Committee where she directed a Millville Memories Show and served as a Grand Marshall of the Centennial Parade.

Margaret received numerous awards for her public service throughout her life, including the John H. Chaffee Award in 2001 from the Blackstone River Valley National Heritage Corridor Commission and the Local Preservationist Award in 2010 from the Massachusetts Historical Commission for her passion and dedication to Millville and the Blackstone River Valley. The gazebo at the Veterans Memorial Park was recently dedicated to her in recognition of her life and service to the town.

Margaret's love and devotion to her hometown of Millville was unparalleled. She was so proud of the town and the part it played in the Blackstone Valley and shared that love with all. She testified at a hearing before the United States Congress to have the Blackstone Valley designated a National Corridor to preserve for present and future generations the unique and significant value of the Valley.

Margaret was a devoted member of St Augustine's Parish in Millville, where she served on the Building Committee for both the Church and St. Monica's Parish Center. She was Vice Chairman of both the Pastoral Council and the 125th Anniversary Committee. She devoted countless hours to the youth of the Parish through her work with the Catholic Youth Council.

Margaret had a tremendous impact and positive influence on countless people, but it was her love of family that was above all else. "Maggie" to her family, was a devoted and unconditional supporter of every member of her loving extended family. She was so proud of their accomplishments large or small and they in turn showered her with affection.

The family wishes to acknowledge with gratitude the wonderful care and support Margaret received from the Staff at the Steere House.

Private funeral arrangements are under the direction of the Holt Funeral Home, 510 South Main St., Woonsocket. A Memorial Mass will be celebrated at a later date. In lieu of flowers, memorial contributions may be made to St. Augustine's Church, 17 Lincoln St, Millville, Massachusetts 01529.

Plant a tree in memory of Margaret by clicking here.
To send flowers to Margaret's family, please visit our floral store.

Plant a tree in memory of Margaret
An environmentally-friendly option

Plant a tree in memory of Margaret

6 trees planted in memory of Margaret

Dear Ms. MAGGIE. I am devastated by this news. You were my partner in crime. We shared so many laughs and so many talks about gardening and animals. I will miss your emails about how to keep raccoons away and sending me recipes. You were so proud of your family and all your accomplishments. I will think of you fondly as I plant my flowers this year. I have the photo of you and Joe from the Christmas party in my room and the snowman pin you gave me for Christmas. We will think of you often. Miss you Maggie ❤

We dedicate this tree to the memory of Aunt Maggie, her commitment to service and a life well lived.
Ken and Ann P

A Memorial Tree was ordered in memory of Margaret M. Carroll.  Plant a Tree

Sorry for your loss...Maggie was a remarkable woman who cared so much for the environment and her town.
With Regards Pat Jennings and Jean Bourgeois

A Memorial Tree was ordered in memory of Margaret M. Carroll by With Regards Pat Jennings and Jean Bourgeois .  Plant a Tree

When I first had friends in Millville I remember them speaking of their beloved Miss Millville. She was Miss Carroll a favorite teacher, my cousin, & Aunt Maggie too so many nieces and nephews.
A life well lived. Love, Mary Beth Maloney

A Memorial Tree was ordered in memory of Margaret M. Carroll by A life well lived. Love, Mary Beth Maloney.  Plant a Tree

Ms.Carroll was a wonderful woman and fine teacher.  She will be greatly missed by one and all

Plant a tree in memory of Margaret